Can Food Affect Your Mood? 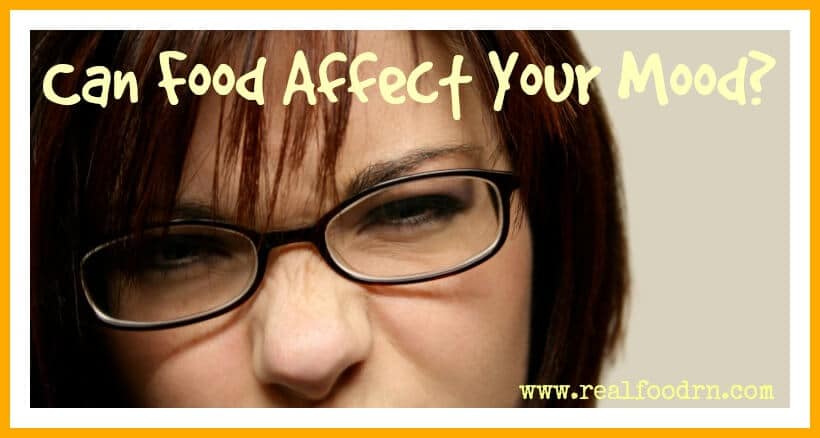 It’s widely known that your mood can trigger food cravings, cause you to overeat or kill your appetite entirely. But the opposite also holds true in that the food you eat can make or break your mood.

This is apparent not only in the minutes after you’ve eaten but also over time, as your diet helps to shape your mental health from the inside out.

How Does Food Impact Your Mood?

I simply cannot overstate the importance of your food choices when it comes to your mental health. In a very real sense, you have TWO brains—one in your head, and one in your gut—both of which are created from the same tissue during fetal development.

These two systems are connected via your vagus nerve, the tenth cranial nerve that runs from your brain stem down to your abdomen. It is now well established that the vagus nerve is the primary route your gut bacteria use to transmit information to your brain.

Maintaining optimal gut health is therefore paramount when trying to address your mental state. In this regard, the modern “Western” diet has several things working against it:

Moreover, recent cell research has found that it is so toxic it exhibits carcinogenicity in the nearly unbelievable parts-per-trillion concentration range.

Sugar consumption also triggers a cascade of chemical reactions in your body that promote chronic inflammation. In the long term, inflammation disrupts the normal functioning of your immune system and wreaks havoc on your brain.

Last but not least, sugar (particularly fructose) and grains contribute to insulin and leptin resistance and impaired signaling, which also play a significant role in your mental health.

In the big picture, nourishing your gut health is therefore essential to maintaining a positive mood – and I’ll discuss how to do this shortly. However, even individual food choices may make a difference in how you feel mentally and emotionally from day to day …

7 Foods to Enhance Your Mood

Eating the foods that follow may be a simple way to boost your spirits, as each is known to have a positive impact on mood.

If you’re one of these individuals who gets a nice mood boost whenever you sink your teeth into a bar of pure, unadulterated chocolate, it is not happenstance.

There’s actually a chemical reason called anandamide, a neurotransmitter produced in the brain that temporarily blocks feelings of pain and depression. It’s a derivative of the Sanskrit word “bliss,” and one of the great things about chocolate is that it not only produces this compound, it also contains other chemicals that prolongs the “feel-good” aspects of anandamide. Chocolate has even been referred to as “the new anti-anxiety drug.”

One study in the Journal of Psychopharmacology also revealed that drinking an antioxidant-rich chocolate drink equal to about 1.5 ounces of dark chocolate daily felt calmer than those who did not.

A high-quality source of protein – like organic eggs, a piece of Gouda cheese or a handful of almonds – helps to keep your blood sugar levels steady for enhanced energy and mood.

Bananas contain dopamine, a natural reward chemical that boosts your mood. They’re also rich in B vitamins, including vitamin B6, which help to soothe your nervous system, and magnesium, another nutrient associated with positive mood. Just be careful to limit them if you have insulin/leptin resistance.

Coffee appears to affect a number of neurotransmitters related to mood control, so drinking a morning cup could have an effect on your general sense of wellbeing. Research has also shown that coffee triggers a mechanism in your brain that releases BDNF, which activates your brain stem cells to convert into new neurons, thereby improving your brain health. Interestingly enough, research also suggests that low BDNF levels may play a significant role in depression, and that increasing neurogenesis has an antidepressant effect!

Curcumin, the pigment that gives the spice turmeric its yellow-orange color, is thought to be the primary component responsible for many of its medicinal effects. Among them, curcumin has neuroprotective properties and may enhance mood and possibly help with depression.

Anthocyanins are the pigments that give berries like blueberries and blackberries their deep color. These antioxidants aid your brain in the production of dopamine, a chemical that is critical to coordination, memory function and your mood.

Found in salmon or supplement form, such as krill oil, the omega-3 fats EPA and DHA play a role in your emotional well-being. One study in Brain Behavior and Immunity showed a dramatic 20 percent reduction in anxiety among medical students taking omega-3, while past research has shown omega-3 fats work just as well as antidepressants in preventing the signs of depression, but without any of the side effects.

Just as foods can uplift your mood, they can also quickly bring it down. Here are the top three foods that can trigger a poor mood.

Sugar can lead to fluctuations in blood sugar, which can bring on mood swings, but its role in poor mood actually goes much deeper than that. Entire books have been written on this topic, such as William Duffy’s book, Sugar Blues. There are at least three potential mechanisms through which refined sugar intake could exert a toxic effect on your mood and mental health:

Gluten, a protein found in grains such as wheat, rye and barley, may negatively impact mood and brain health. In fact, a number of studies indicate that wheat can have a detrimental effect on mood, promoting depression and even more serious mental health problems such as schizophrenia. One mechanism that can help explain the mysterious connection between wheat and mental health problems is the fact that wheat inhibits production of serotonin.

Neurotransmitters like serotonin can be found not just in your brain, but also in your gut. In fact, the greatest concentration of serotonin, which is involved in mood control, depression and aggression, is found in your intestines, not your brain! Wheat in particular has also been implicated in psychiatric problems, from depression to schizophrenia, due to an array of brain-disruptive opioid peptides, and wheat germ lectin (WGA), which preliminary research indicates has neurotoxic activity.

The list of potentially mood-busting ingredients in processed foods is a long one. Aside from sugar and gluten, they may also contain trans fats, artificial colors, monosodium glutamate (MSG), artificial sweeteners and other synthetic ingredients linked to irritability and poor mood.

As explained by Dr. Natasha Campbell-McBride, a medical doctor with a postgraduate degree in neurology, toxicity in your gut can flow throughout your body and into your brain, where it can cause symptoms of poor mood, autism, ADHD, depression, schizophrenia and a whole host of other mental and behavioral disorders. With this in mind, it should be crystal clear that nourishing your gut flora is extremely important to support a positive mood. To do so, I recommend the following strategies:

To sum up, foods have an immense impact on both your body and your brain, and eating whole foods as described in my nutrition plan is the best way to support your mental and physical health. Whether you need a quick pick-me-up or you’ve been struggling with poor mood for a while, the best place to start to turn your mood around is likely not in your medicine cabinet but right in your pantry or refrigerator. 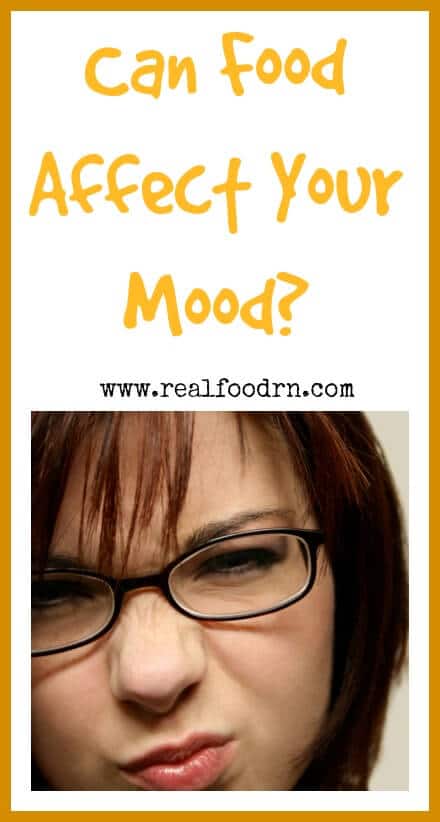